A vote is a vote: people experiencing homelessness’ voices matter as equally as everyone else’s at the polls.

The nonpartisan Alaskans for Better Elections Foundation (ABE) is dedicated to providing public education and research about how Alaska-style elections work. The foundation is governed by a board of directors that includes Alaskans with diverse political views from every corner of the state.

ACEH is facilitating training for our members and local providers, to equip them to effectively educate houseless individuals on ranked choice voting and their rights.

Please reach out if your organization is interested in training.

Providing the opportunity for voting equity.

Persons experiencing homelessness are focused on acquiring what they need for survival on a day-to-day basis. Actively seeking out information on the new process of ranked choice voting probably will not be on that list. Our goal is to equip direct-service providers to educate their clients on ranked choice voting.

Ranked choice voting allows voters to rank candidates in the general election in order of preference, which gives voters more voice in their representation and ensures candidates win office with majority support.

What is ranked choice voting?

Ranked choice voting really is as simple as 1-2-3-4. Under the measure, the four candidates who receive the most votes in the nonpartisan primary would advance to the general election where Alaskans could rank candidates for each office in order of preference, or pick one, as they do now.

When ballots are counted, if a candidate receives more than 50 percent of the first choices, they would be declared the winner. If not, the candidate with the fewest first choices would be eliminated, and the voters who ranked that candidate first would have their second choice counted when the ballots are tabulated again. This process continues until a candidate emerges with majority support.* Learn More

*These answers are from the Alaskans for Better Elections website.

Click on any of the resources below to view. Please contact us with any questions regarding this material. 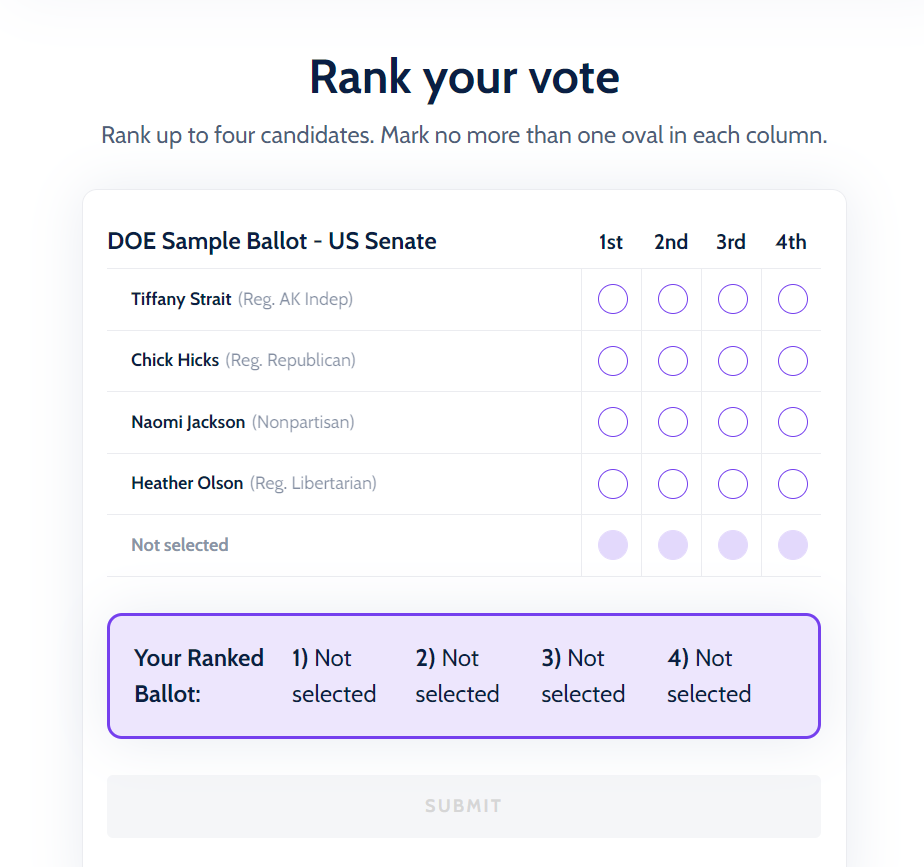 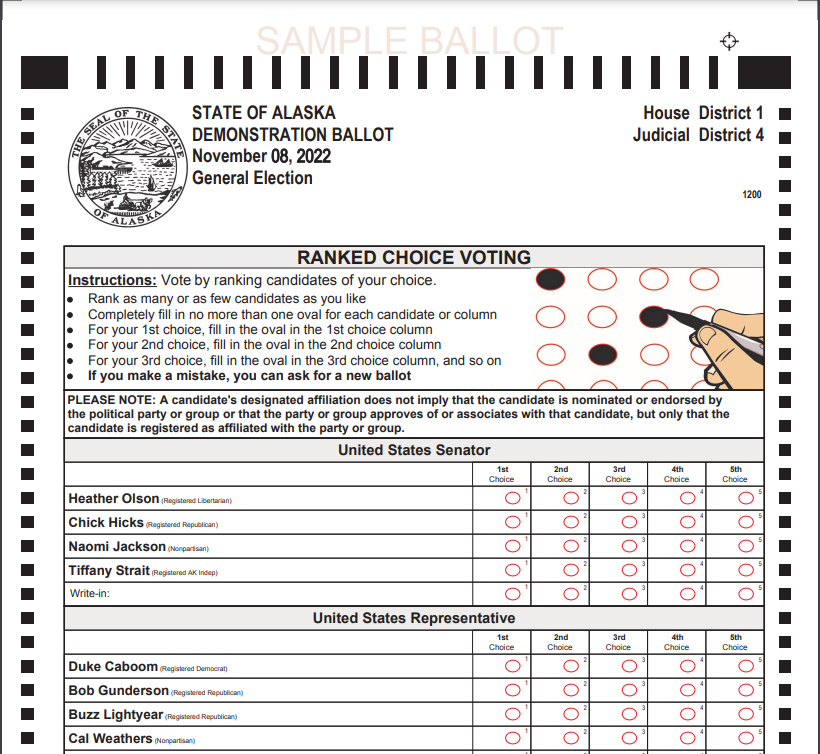 HOW TO USE YOUR BALLOT